College students facing discipline allegations may be desperate to resolve allegations against them, even if they may be false. Sadly, sometimes distressed university students sign bad agreements due to fear.

When reviewing a discipline proposal which may sign away college attendance or due process rights, careful review of the agreement must be made. College discipline resolutions should not be entered lightly or quickly.

Signing an agreement to accept an overly harsh punishment for a minor wrong, puts a student in a terrible situation. They receive a punishment which is unfair and may have negative impacts later. For example, was a student suspended for their first allegation of plagiarism? This seems quite harsh.

Deferred Separation- What is it?

A common punishment offered in the UC system is a “Deferred Separation” agreement. Other colleges have their own version of deferred separation.

Deferred separation is a discipline resolution where a college student admits their guilt and is allowed to remain enrolled, while a suspension or expulsion is deferred. If the student breaks the agreement terms, the punishment (such as suspension) goes into effect, usually after a brief meeting.

Signing a deferred separation agreement implies that, but for the kindness of the college, the student would have been removed. Before signing such an agreement, a student must review the underlying allegation and see if the suspension or expulsion which is deferred is actually warranted.

Often this type of discipline resolution agreement includes a waiver of the college student’s future hearing rights. Once waived, the student may no longer be able to pursue the formal hearing process on a second discipline allegation.

Instead, the student will get a brief meeting with college discipline personnel, which the college may still call a “hearing.” However, this is not a true hearing with witnesses, evidence, testimony and a somewhat neutral decisionmaker. Rather, it is like sheep being evaluated for slaughter by the wolf who will eat them.

Deferred Separation Should Be For Serious College Offenses

Do cheating or being rude to a professor really warrant suspension? A deferred separation punishment implies that the college student has committed an offense for which they would have been kicked out of school.

If a student is accused again, after signing a discipline agreement, the college may move to even tougher punishments. Those penalties could involve a longer suspension or even a student expulsion.

Universities usually only increase punishments on second or third allegations.

With any discipline resolution, a college student should seriously consider their options before signing. The student may even want to proceed to a formal discipline hearing to try to plead their case instead.

Although the university student may think they are getting a break, or they don’t want to face a college hearing panel to defend themselves, sometimes signing the first discipline resolution option presented by a university may not be the best choice.

College student attorney Michelle Ball is located in Sacramento and has assisted students since the 1990s. As an education lawyer in California, she can provide help in Irvine, Berkeley, Los Angeles, Santa Cruz, Riverside, Merced, Chico, Davis or wherever students may need her in the state.

Last Updated on July 27, 2022 by Michelle Ball Was your child recommended for school expulsion prior to being sent ... 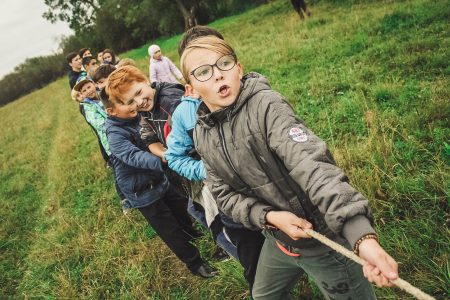 Last Updated on July 27, 2022 by Michelle Ball Expulsions from school unfortunately occur more often to students than one ...

Last Updated on October 28, 2021 by Michelle Ball Most parents will never have much drama involving their kids’ school. ...